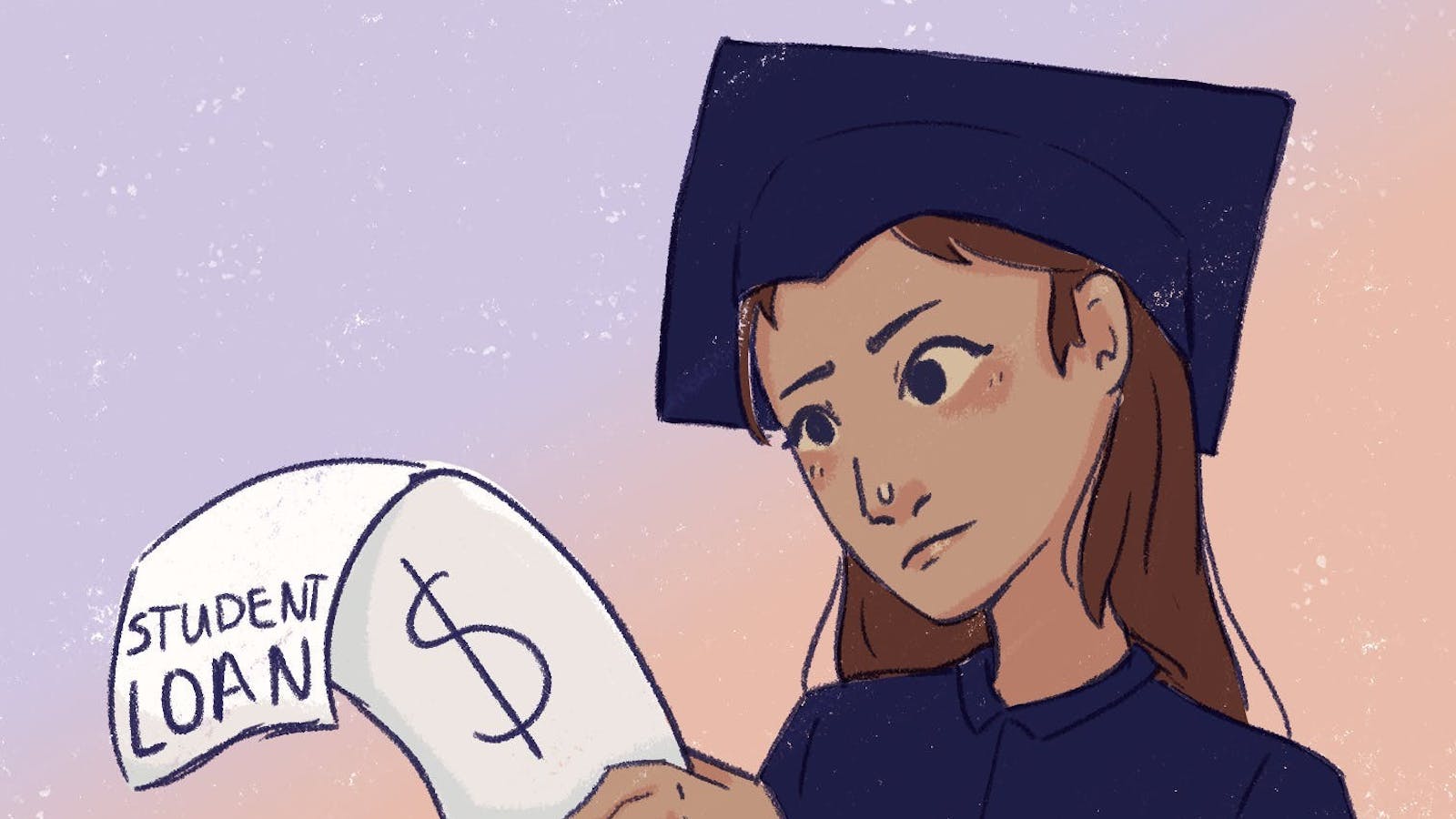 President Joe Biden unveiled his administration’s plan for student loan forgiveness on Aug. 24, prompting a mixed reaction from current and former ASU students who have taken out loans to fund their education.

Although the announcement drew praise and enthusiasm from many student borrowers, some were frustrated that they were not eligible for the relief. Brett Holzhauer, an ASU alumnus who graduated in 2015, said he felt the pardon was unfair to those who did not qualify for federal student loans and had to turn to private loans to pay for their education.

“I went ahead and tried to apply through the FAFSA, and my parents were ‘making too much money,'” Holzhauer said. “So I was left to my own devices in terms of funding my studies.”

Holzhauer said he took out $72,000 in private student loans for his undergraduate journalism degree, but has since paid off that balance to $5,350. He expects to be debt free by the end of the year.

“It’s so ironic in my personal situation that right now I have $5,350 left in student loans,” he said. “So if I had federal student loans, my student loans (would) run out, but that’s not the case because I was locked out because of my parents’ income, which had no direct correlation to my situation.”

For Breanna Wandrych, a graduate student in social work, the cancellation of student debt is welcome. Wandrych received a full scholarship for his undergraduate degree at ASU, but had to take out $30,000 loans for his graduate studies.

“For me, $10,000 is important, it’s about a third of my total amount, which, in fact, will give me the future freedom to make career decisions based on my own goals rather than to make employment decisions based on another payment,” Wandrych says.

Additionally, Wandrych was thrilled to hear about the administration’s plans to cut interest rates on federal loans. The new plan will cap undergraduate student loan payments at 5% of the borrower’s income, avoiding higher payments due to high interest rates.

Before aid, first-year resident undergraduate students at ASU pay approximately $12,700 per year in tuition and fees. According to ASU admissions data, students receive an average of about $10,000 a year in gift aid, work-study, and on-campus jobs. ASU’s Financial Aid and Scholarship Services office did not respond to a request for comment.

Tommy St Clair, a former ASU student who dropped out due to the high cost of education, among other factors, said he had a more mixed reaction to the debt forgiveness. St Clair has $3,000 federal student loan debt that will now be forgiven, but her brother wasn’t so lucky.

“I have a brother who has student debt around six figures and we live together too, so I saw the flip side, where he was forgiven but he still has those six figures (left)” , did he declare. . “So it was very bittersweet because it was basically a good thing, but I felt like more could have been done.”

However, St Clair, who was studying graphic information technology, said knowing his student debt would be forgiven gave him more incentive to return to school – now with a clean slate.

“I feel like I’m able to do a real race rather than a test race like my freshman year was,” St Clair said.

According to the Deputy Director of the National Economic Council, a request for debt forgiveness will be available in early October. Applicants are encouraged to apply by November 15 to receive relief before the student loan repayment break ends on December 31.

In the meantime, borrowers can sign up for Ministry of Education updates on loan forgiveness through its subscription page.

Continue to support student journalism and make a donation to the state press today.