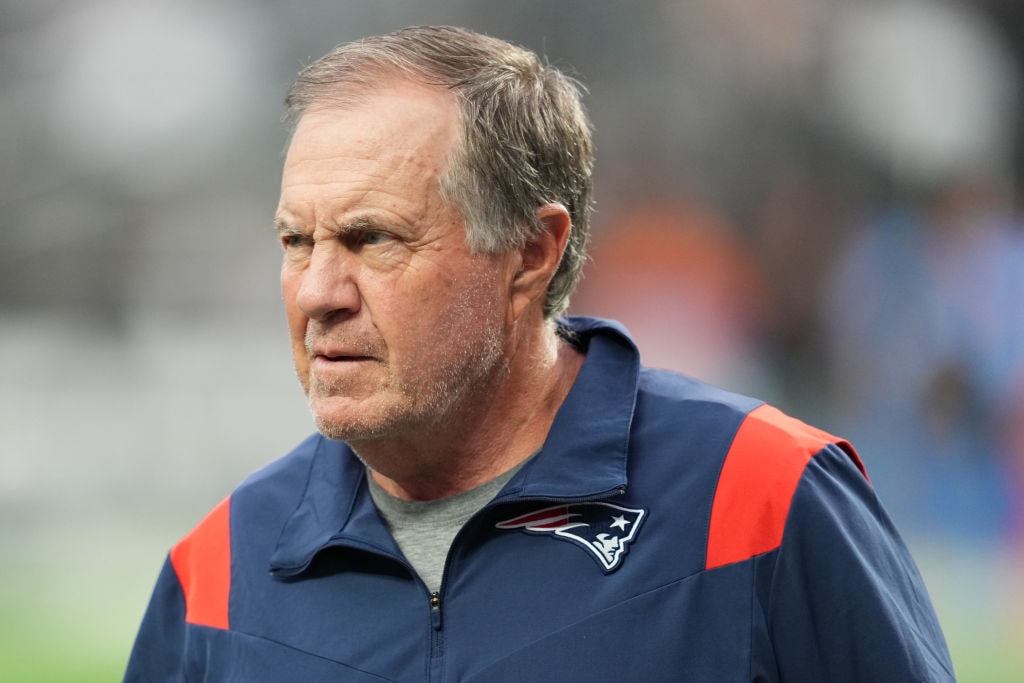 “I wish I hadn’t said that,” Belichick told Shaughnessy. “I was probably thinking about how I would feel. Now, that’s how I really feel, and they’re two different things. It wasn’t one of my best statements.

“I learned my lesson on that. One year at a time,” Belichick joked when asked about his current outlook for his future, although he said retirement was not on his mind. “I get the question from time to time,” he explained. “I don’t really think about it. For me, it’s around this year. Worry about next year next year. I don’t really think about next year or five years from now. I have a lot of work to do to help the team in any way I can and make us a good competitive team, which I think we are. But we have to prove it.

“I think they’re both good coaches,” Belichick told The Globe. “At the end of the day, it’s my responsibility, as always. So if it doesn’t go well, blame me.

“I don’t see things any differently than they have for the past 22 years. Look at our other offensive coordinators. We got Charlie [Weis]. Then Josh [McDaniels]. He had never called offensive plays. Billy O’Brien has never called plays in the NFL. Josh came back. We changed coaches in all areas, several times,” he explained. “Defensively, Matt Patricia had never called plays. Then he won a few Super Bowls. Brian Flores [who succeeded Patricia] had never called games. It worked well. Steve [Belichick] called the defenses. We were pretty high there statistically last year. We obviously didn’t play well in the Buffalo game and a few other games, but I wouldn’t say we had a bad year defensively. At least not statistically.

“We have a lot of coaches who didn’t have previous experience and it worked pretty well with most of them, but not all of them,” he added.

You can find Belichick’s full interview with Shaughnessy here.