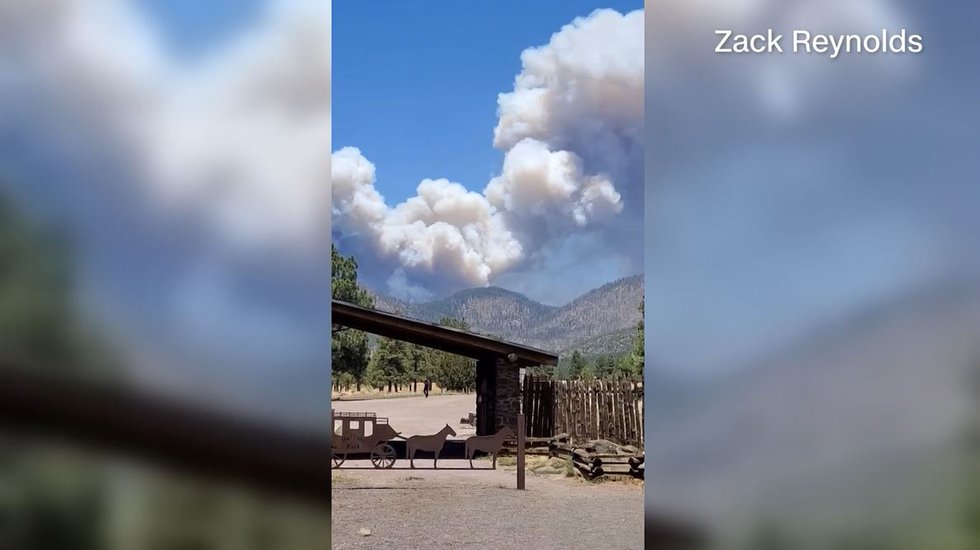 Upon investigation, deputies found that Riser had lit toilet paper on fire in the forest and then attempted to flee the area in a van.

The documents show that Riser first told Coconino County deputies he was camping when he saw the spark of fire. When asked if he had seen any “no campfire” signs, Riser said no, but that he quickly saw “a fire 200 feet by 200 feet” and that “everything was on fire “.

During a second interview with another deputy, Riser then allegedly admitted to lighting toilet paper and then trying to put out the fire with his sleeping bag. Court documents say he also later admitted seeing the “no campfire” signs.

Riser said he used a white Bic lighter to set fire to the toilet paper, which deputies found in the van’s center console. Riser also told deputies he had marijuana in his truck. While marijuana is legal in Arizona, he could face a charge for having it on federal land.

Riser said he was homeless and had been camping in the forest for two days.

It’s unclear what other charges he may face related to the wildfire.

More than 600 firefighters are on the front lines of the Pipeline Fire and several mandatory evacuations are underway.

A state of emergency was declared Monday in Flagstaff, prompting the evacuation of hundreds of homes.