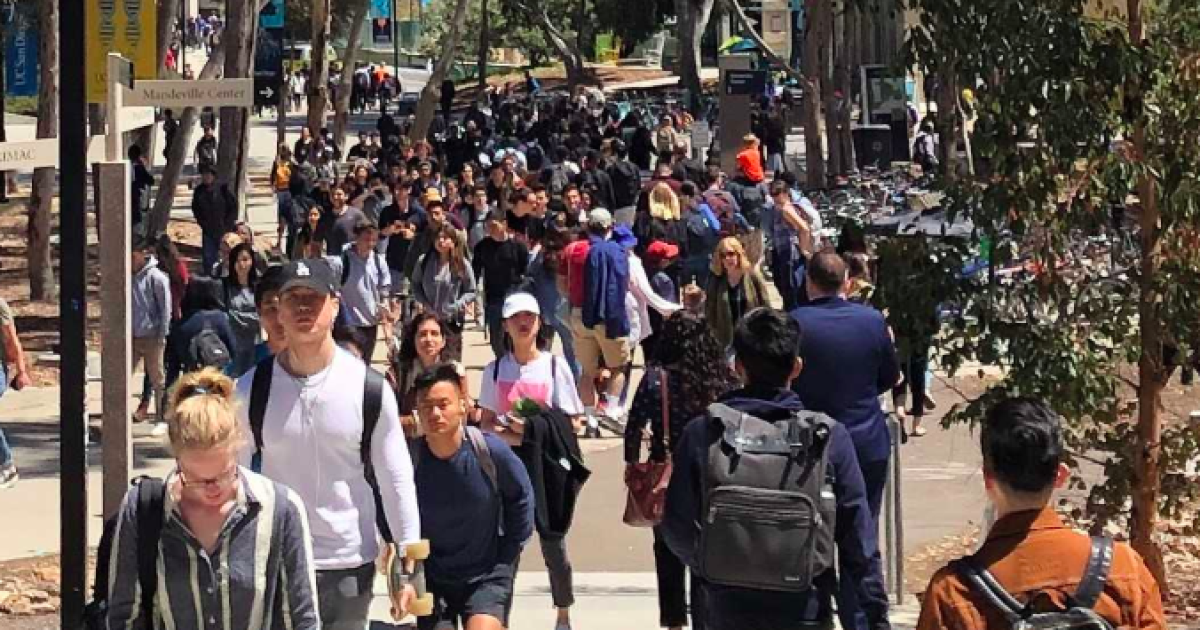 Man is accused of using stolen identities of UCSD students to get $202,000 in COVID unemployment benefits

A man has been charged with using the stolen identities of UC San Diego students to obtain more than $202,000 in fraudulent unemployment benefits during the COVID-19 pandemic, according to a 60-count indictment indictment unsealed this week in federal court in San Diego.

Nehemiah Joel Weaver, 36, of San Diego was arrested on May 9, days after his co-defendant and ex-girlfriend, former UCSD employee Mia Nikole Bell, pleaded guilty last week to one count of bank fraud and admitted to using his position in the university’s human resources department to steal the identities of at least eight students.

According to the indictment, Weaver used fraudulently obtained payments from the California Department of Employment Development to pay $52,597 in cash for a BMW 740i. Around the same time, according to the indictment, he deposited $6,650 into his personal checking account and then racked up thousands of dollars in fees at Nike, Gucci, Burberry and Louis Vuitton stores.

The indictment also alleges that Weaver threatened and attempted to extort an acquaintance he believed was cooperating with the grand jury’s investigation of the case.

At Weaver’s arraignment on May 10, U.S. Magistrate Judge Barbara Major ordered him to remain in custody based in part on the threats allegations, as well as his criminal history and his failure to appear for a court hearing. sentencing in 2019 in an out-of-state identity theft case.

A lawyer for Weaver did not immediately respond to messages seeking comment.

According to the indictment, the theft of students’ personal information began in late 2019, before the pandemic.

According to Bell’s plea agreement, Bell used her access as a college employee to steal the names, birthdates, and social security numbers of several students and gave that information to Weaver, her boyfriend. of the time. Bell, 31, now lives in Houston. She is expected to be sentenced in August, according to the US Attorney’s Office in San Diego.

Weaver first used identities provided by Bell, and those he obtained from other sources, to open bank accounts and obtain loans totaling nearly $16,500, according to the indictment.

The indictment alleges that after the pandemic hit and Congress passed legislation increasing unemployment benefits, Weaver used the stolen identities to submit at least 15 claims to the development department of the state employment. State officials sent out debit cards for all 15 claims, issuing payments totaling at least $202,682.

According to the indictment, Weaver pulled off a similar scheme to defraud the Arizona Department of Economic Security, that state’s unemployment agency, obtaining $27,230 in benefits.

Weaver at one point used four of the California cards in quick succession at the same ATM, according to the indictment. When he bought the BMW luxury sedan with cash, the address he wrote on the contract was where EDD had sent the 15 debit cards.

The indictment alleges that once he was investigated, Weaver threatened and attempted to extort others who knew about his actions. He is accused of leaving a stuffed rat on the car of a person who was cooperating with investigators and threatening that person by text message.

A few months later, according to the indictment, Weaver sent several threatening text messages to the same witness, saying the person was “so dead you don’t even know it yet.” According to the document, he also sent a picture of that person’s juvenile daughter along with the threatening messages.

Weaver is due back in court next month. ◆