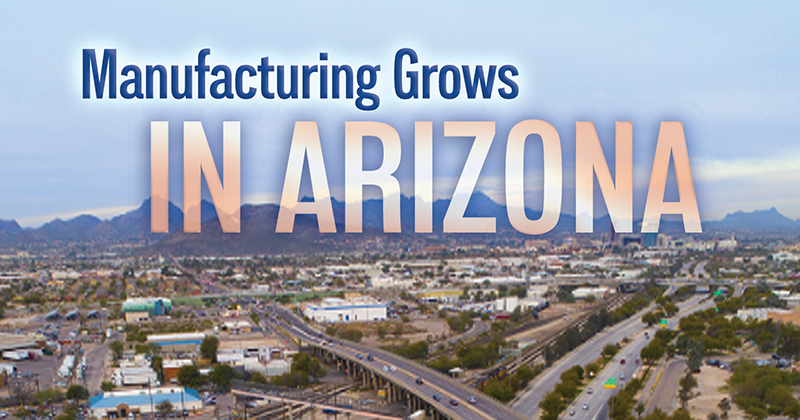 By BFEditors
Excerpt from the September/October 2022 issue

PAiry with some of the lowest corporate and personal income tax rates in the country, Arizona offers all businesses a place to build affordably. Companies such as Intel and Frito-Lay have expanded their manufacturing to Arizona and are taking advantage of state incentives.

Not only does Arizona offer low tax rates, but the state also offers strategic access to three of the world’s largest economies: California, Texas, and Mexico. With a thriving ecosystem and $3 million annually committed to the Arizona Innovation Challenge, launched in 2011, the Grand Canyon State attracts global companies and forward-thinking startups. By offering a variety of loans, grants, and tax credits for property tax reductions, businesses can reduce costs and increase revenue using state financial programs and incentives.

Arizona has created a minimalist regulatory environment by cutting red tape and repealing burdensome regulations. Combine low tax rates with fewer government regulations, a highly skilled and available workforce, and an exceptional quality of life, and Arizona is a great option for relocating or expanding a business.

“We have eliminated or improved more than 3,100 regulatory burdens, the equivalent of a tax reduction of $171 million. We have simplified or reduced taxes every year, including cementing the lowest flat tax in the country,” Governor Doug Ducey said in the July/August issue of business equipment.

Arizona’s environment encourages bold ideas and facilitates innovative solutions. The state is positioned to lead and ready to meet the needs of the project, with an abundant, talented and young workforce.

Since the pandemic, Arizona has seen one of the fastest job recoveries in the nation, and more people continue to move to the state.

As the seventh-lowest country in terms of average workers’ compensation costs, Arizona is a global magnet for high-tech manufacturing and renewable energy companies. The state is also home to more than 1,200 small and large aerospace and defense companies and one of the fastest growing bioscience industries in the United States. With cutting-edge innovation and next-generation advancements, Arizona thrives in innovative technology and industries. .

In a spirited graduation ceremony in July, the first cohort of all-female students received certificates for completing the Semiconductor Technician Fast Start Program at Mesa Community College. The intensive two-week, 40-hour boot camp prepares students for jobs as semiconductor technicians and includes the opportunity to interview Intel after graduation.

The leading US chipmaker, which is building two new manufacturing facilities east of Phoenix, has partnered with the community college, a local nonprofit and the Arizona Commerce Authority to develop the innovative program. The program, which has plans to expand with more than 700 students already enrolled, has received national recognition, including an in-person visit from First Lady Jill Biden, for helping guide more women, minorities and young people. veterans in in-demand technology fields. .

The Drive48 model has been so successful that Arizona is considering expanding it. The state has allocated $30 million to build six more advanced manufacturing training centers across the state, which will include industry partnerships in areas such as semiconductors, batteries, electric vehicles, and more.

Key to Arizona’s pioneering approach to the workforce are the state’s top-ranked universities and community colleges. At Arizona State University, which has been ranked the most innovative university in the nation for seven consecutive years, nearly 27,000 students are enrolled in engineering programs, a 190% increase since 2010.