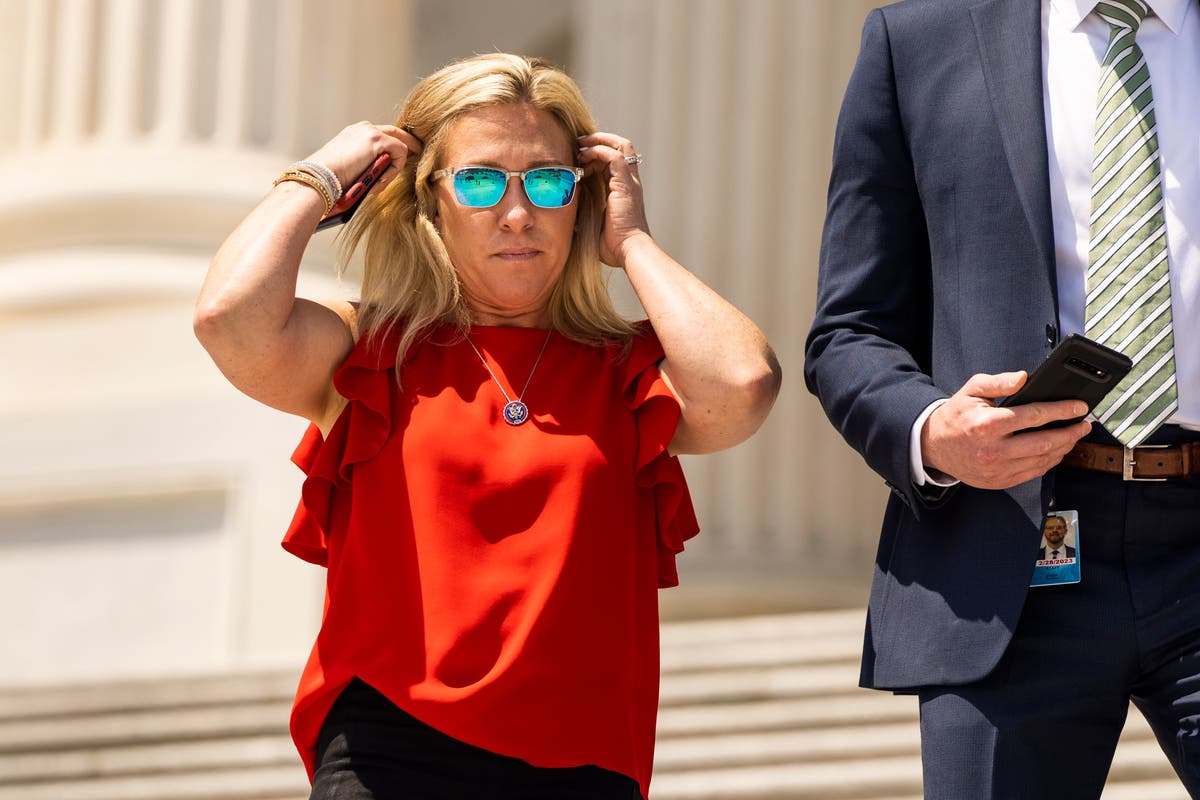 
There is a old adage on the internet however, the longer a political discussion goes on, the greater the likelihood that someone will compare something to Nazi Germany. In a speech Thursday night, however, Rep. Marjorie Taylor Greene didn’t take long to denounce such comparisons – and then make one herself.

“It’s a mean, mean and dirty word,” she said. “And what did they call President Trump? Hitler, it’s true! He’s one of the most evil men to ever walk on this earth, but he’s what they called our president.

It wasn’t Ms Greene’s first Nazi comparison this month. Last week, she was widely condemned for comparing masks to the yellow stars that Jews were forced to wear in Nazi Germany.

“You know, we can look back to a time in history when people were told to wear a gold star,” Ms. Greene told conservative podcast host David Brody, “and they were definitely treated like second-class citizens, so much so that they were put on trains and taken to gas chambers in Nazi Germany, and that’s exactly the kind of abuse Nancy Pelosi is talking about.

Later in the week, the congresswoman doubled down on the comparison.

“Vaccinated employees receive a vaccination logo like the Nazis’ [sic] forced the Jewish people to wear a gold star, ”she tweeted.

The comments sparked a backlash, including from other Republicans.

“Marjorie is wrong, and her intentional decision to compare the horrors of the Holocaust with wearing masks is appalling,” said parliamentary minority leader Kevin McCarthy.

“Please educate yourself so that you can realize how absolutely false and inappropriate it is to compare proof of vaccination with the 6 million Jews who were exterminated by the Nazis,” Matt Brooks, director of the Republican Jewish Coalition, replied to Ms Greene’s tweet. “You are an embarrassment to yourself and the GOP.”

Ms Greene fiercely defended her Nazi comparisons, even as she accused Democrats of making them.