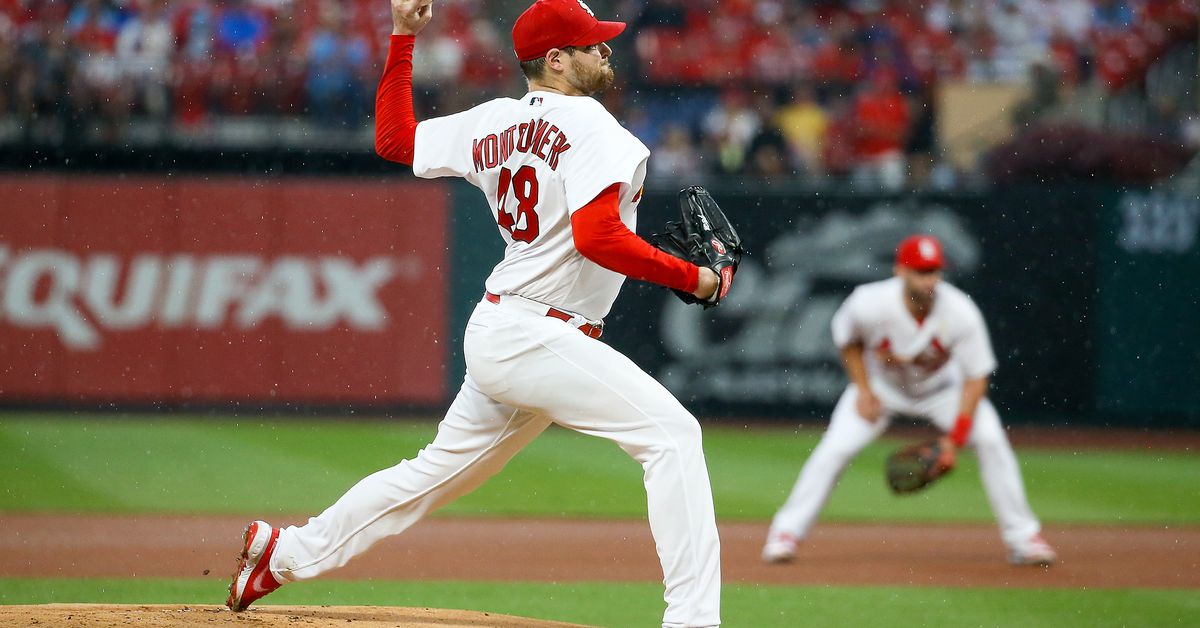 Aside from my wifi cutting out in the third inning for about an hour, this game went about as well as you could have hoped for against Chicago’s second-best team.

Jordan Montgomery pitched a scoreless game in the seventh inning, Jordan Hicks put out a small fire to keep his line intact and Tyler O’Neill showed his wheels in a ho-hum 8-0 victory for the Cardinals.

With the win, St. Louis now leads the NL Central by 6.5 games, pending Milwaukee’s results against Arizona. They drag the New York food by eight games in pursuit of a first-round playoff bye.

Making his sixth start as a Cardinal, Jordan Montgomery struggled in the first period. Nick Madrigal started with a ground ball hit in the middle and into center field. Seiya Suzuki followed with a soft ground in the same spot that barely made it out of the infield, but went for another hit, moving Madrigal to third down. 265-pound Chicago DH Franmil Reyes clipped a ground fly to Nolan Arenado at third base. Nolan caught it on a short jump and threw home, his throw sliding just over Madrigal’s shoulder to Yadier Molina at home. Madrigal was tagged, preventing a first-inning point. Montgomery knocked out Ian Happ and Nico Hoerner back to back to finish first in the lead.

Lars Nootbaar started and failed at second base, but Brendan Donovan and Paul Goldschmidt had back-to-back one-out goals. Arenado clipped a ball in the dead zone between third base and the mound, but Christopher Morel made the ball throwing it early. Both runners advanced. With two outs and two runners in the running position, Tyler O’Neill hit a hit into left field to score them both and make it 2-0 at St. Louis first.

Corey Dickerson followed O’Neill’s left single with a right single, which allowed the thick Canadian to advance to third base. Nolan Gorman hit swinging to end the first inning.

Montgomery got the Cubs to go down 1-2-3 in the second. Nelson Velazquez came out at first base, PJ Higgins was called on strikes and Yan Gomes was knocked out at Arenado at third base.

Molina started the second inning with a ground-rule double down the left field line, his sixth of the season. Tommy Edman followed by returning a single to left field, but Molina was held at third base. Unfortunately, St. Louis was unable to capitalize on the first and third no-out situations. Nootbaar took a big hack on a 3-1 fastball and flew to shallow right field, so Molina couldn’t score. Donovan launched into a late-set 6-4-3 double play to help Sampson escape the jam.

Montgomery walked Morel on four pitches to start the inning. Madrigal stepped in and pushed a perfect bunt along the first base line for a hit, moving Morel to second. Suzuki shoved into a force at second which set up Reyes with runners on the corner and just one out. Montgomery walked Reyes to load the bases with one out, but managed to ground Happ in a 4-6-3 double play to escape the goal-laden jam.

The heart of the order of cardinals descended in order at the end of the third. Goldschmidt failed at second base, Arenado hit while swinging, and O’Neill failed at shortstop.

Hoerner led the fourth and ran aground at first base. Velazquez hit a one-out field single, but Higgins and Gomes were called out, leaving him there to complete the top of the fourth.

St. Louis didn’t reach base in the fourth inning, with Dickerson down in third, Gorman out for the second time and Molina down at shortstop.

Montgomery left an 0-2 fastball on the oily side of the plate for Morel to lead in the fifth, but the Cubs third baseman blew out to right field. Madrigal failed Arenado in the third. Suzuki hit a two-out left single, and Reyes drove in a force to end the inning, with Arenado going to second base rather than first.

For the third straight inning, the Cardinals were retired in order by Sampson. Edman swung out for Velazquez in center field, Nootbaar pulled out at third base and Donovan hit swinging.

After throwing over 30 pitches in the first inning, Sampson managed to knock out five innings on 101 pitches (so 71 in his last four frames).

The Cardinals southpaw continued to hustle in the sixth, working a 1-2-3 inning on 10 pitches. Happ flew to left field, Hoerner flew to right field, and Velazquez was called on a knee substitution.

Goldschmidt retired and Arenado failed new Cubs pitcher Javier Assad in the sixth inning, but O’Neill’s ground ball into the gap between third and court went for a two-out field single . O’Neill then swept second base (his 11th) with Dickerson at the plate, and the aforementioned Dickerson drove it in seconds later with a looping home run to right field. Dickerson’s RBI single gave St. Louis a 3-0 lead in the sixth. Gorman was called on strikes to end the inning – his third punch of the game and 91st in 80 games this season.

To his credit, the third strike called was out of the box and should have given him a 2-2 count. He showed good discipline to dismiss a 1-2 ball, but won the hat trick instead.

Higgins and Gomes hosted Montgomery with back-to-back hits to start the seventh inning. Oli Marmol went to the bullpen and brought Jordan Hicks up with a three-run lead, after more than six innings from Montgomery.

Southpaw Zach McKinstry hit for Morel against Hicks, but hit swinging on a devastating slider that chopped off his hands. Hicks hit the swinging right-handed Madrigal on the exact same slider, but Gomes stole second on the strikeout. It was his first flight of the season, and only the sixth in his 11-year career. With runners at second and third, Hicks threw a 2-2 slider into the left-handed batting box at Suzuki, and he swung defensively and tried to check his momentum. Plate umpire John Tumpane called it, making Suzuki Hicks the third straight victim in the seventh.

St. Louis led 3-0 in the bottom of the seventh. Southpaw Sean Newcomb took over on the mound for Chicago in the bottom half of the inning and walked Molina on four pitches — his fifth walk of the season. Edman flew to center field for the first out. Nootbaar stepped in to strike against the southpaw and smashed a 3-1 fastball into the third row of seats at center right, giving St. Louis a 5-0 lead. It was Noot’s 11th home run of the season, and he homered 412 feet.

Albert Pujols hit for Donovan with one out, and Newcomb threw around him. The southpaw walked Pujols on four pitches, giving Goldschmidt a chance to strike with a runner on goal. Goldy came out to the infield for number two, and Arenado flew out to left field to end the inning.

With a five-point lead, Marmol didn’t fire Hicks for the eighth. Instead, cleanup man Chris Stratton took over. He worked a scoreless inning on 13 pitches. Reyes hit seeking, Happ was first and Hoerner was third.

O’Neill touched down on third base leading to eighth. 28-year-old rookie outfielder Ben DeLuzio hit for Dickerson against the southpaw, and he drew a four-pitch walk (in his first ever at bat). DeJong — who came on as a defensive backup in the seventh inning — struck out for the second out. Molina singled to the left, moving DeLuzio to second base. The hit was Molina’s second of the day and the third time he had reached base. Tommy Edman has been hot lately, and he kept the momentum going with a three-run homer to make it 8-0 in St. Louis.

Tommy’s 12th home run of the season went 381 feet and snuck over the left field wall into the front row of seats. He left the bat at 105 mph.

Newcomb started with a strike to Nootbaar but then threw four consecutive balls to walk him on and give Pujols another opportunity at No. 695. Pujols hit a ground ball on the third base line which appeared to have been a foul, but the home plate umpire called it fair and the inning ended in a 5-3 out, no homer from Pujols and an 8-0 lead over Cardinal.

A Higgins strikeout was sandwiched between two flyouts for an easy 1-2-3 ninth inning for Stratton as the Cardinals finished the shutout victory and moved to a season-high 22 games above 0.500.