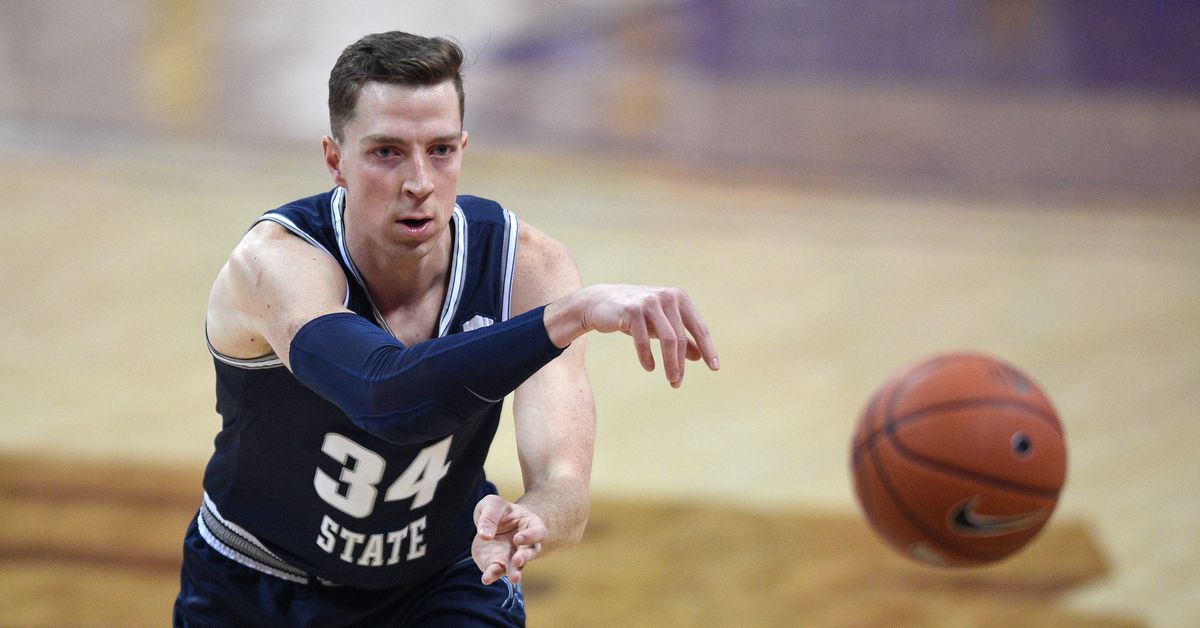 The college basketball season is two weeks old and there have already been a lot of results that have caught the attention of all the fans. Now that more Mountain West teams have played more games, we’re starting to see who the contenders are and learn more about the teams we had questions about. Here are this week’s power rankings for men’s basketball:

The Rams easily remain atop the standings after winning the Paradise Jam tournament which saw them beat Creighton in the semifinals and overcome a deficit in the championship game against Northeastern. Colorado State showed early on that they can beat quality opponents, knock out teams they are better at, and overcome any adversity they may face, which will help them all as the season progresses.

One of the most positive surprises for Mountain West this week was seeing Utah State win the Myrtle Beach Invitational. They beat Oklahoma 73-70 in the championship game and have won four in a row after losing their first game to UC Davis. This is the Aggies’ second early-season win in the past three seasons. Beating Oklahoma shows Utah State could put a good fight against anyone on their schedule, they still have some good non-conference games ahead of them against St. Mary’s and BYU, it could possibly avenge this opening night defeat.

The Aztecs won a close game against Arizona State, 65-63, then defeated UT-Arlington two days later. This is where many expected the Aztecs to be after their first four games and we shouldn’t dissect this team too early as they have some really tough games ahead against Michigan, and it’s still pretty early. with this group set to replace the seniors who graduated from last year’s squad.

Another surprise this year was the Wyoming Cowboys, who started 4-0. The Cowboys survived overtime in Washington and won another close road game at the Grand Canyon. Wyoming still leads the conference allowing just 57.2 points per game, their stable defense has been key in their last two games, and maintaining that performance will help them come to the conference.

The Fresno State Bulldogs are another undefeated team in the conference early in the program. They added another win over Pepperdine late last night and appear to have organized themselves well with the rest of their non-conference schedule to secure double-digit wins before the conference begins. The Bulldogs have averaged less than 60 points per game so far and much of that credit goes to Orlando Robinson inside the paint, who is averaging 19 points per game.

The Broncos recovered after a tough loss to UC Irvine for a strong performance at the Charleston Classic. In their opener, they kept No. 16 St. Bonaventure close, losing just 67-61 to the future tournament champions and it was tight throughout the game. They closed the tournament with a 60-50 victory over Ole Miss, which is an encouraging sign for Broncos fans.

The Runnin ‘Rebels have abandoned their two matches in the Roman Main Event. They held Michigan’s No.4 until late, then lost a double-digit lead to Wichita State, with questionable officials. UNLV had a chance to win both of these games, which is an encouraging sign for a team with a lot of new players. These were probably the UNLV’s best chances of securing victories in CV building, but these close matches should help Kruger’s side come on conference time.

The Lobos are another team with a strong start, jumping to a 4-1 record. They are yet to have any standout wins, but that could change this week with a game against UAB and a possible clash with undefeated San Francisco. We’ll learn more about New Mexico after the Las Vegas tournament.

The Falcons got off to a 4-1 start and we have to recognize them for the good start. But looking at their non-conference schedule, their wins have been against unimpressive teams. Each team has their goals for the season and I think for Air Force they want to stack a few wins and build confidence with their young squad.

There is no movement for the Spartans this week despite losing both games, a narrow one-point loss to Cal Baptist and on the road to the top 10 Texas longhorns. You have to give Tim Miles credit because it looks like the Spartans are a lot more competitive this year than in previous years. It will be a long process for Miles to make the Spartans a winner, but if San Jose State plays hard all year, they might have a few surprises in store.

The Wolf Pack are still at the bottom of the table after three bad losses in a row in the past week. It’s so confusing to see a team with talent like Nevada, who had such high expectations, fighting so much out of the gate. They lost two games to some really good WCC teams, Santa Clara and San Francisco, which a team like Nevada is expected to beat. And last night they were blown away by the state of South Dakota. It’s hard to see where this Wolf Pack team will go forward with teams like Washington, Pepperdine and Grand Canyon on the schedule, which the Wolf Pack could lose as well. It might be the nervousness of the start of the season, but Nevada have been the most disappointing team so far this season.