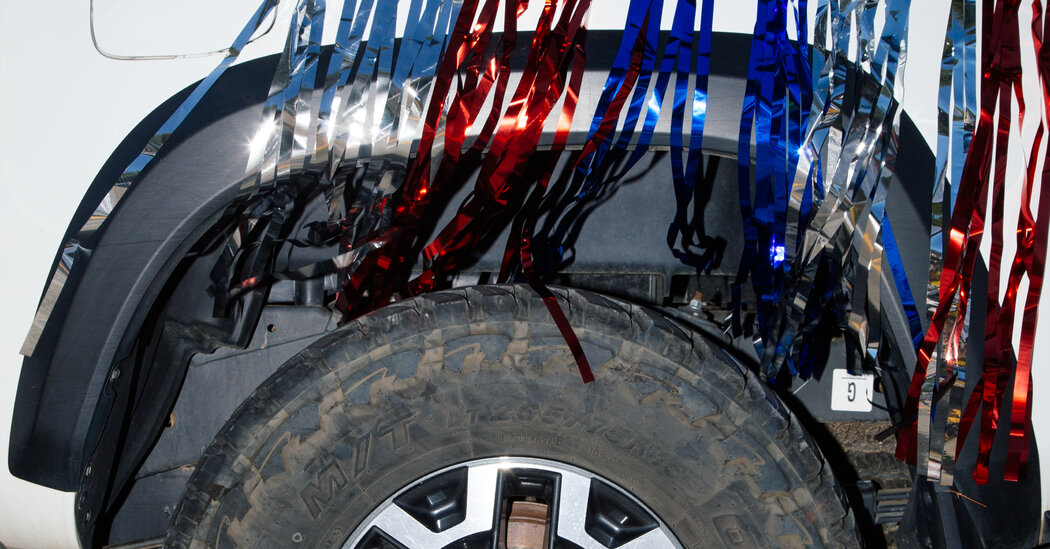 Now check out the other path, which is mostly visual. Start at 83-Down, a beachfront location at one end of the theme road, and note that his home state of California – CA – is just below, in the two gray squares in the south-corner. west of the grid. There are seven more sets of gray two-letter squares, advancing in order toward the northeast corner of the puzzle; just below the end state, IL, is the other end of Route 66, also at the water’s edge.

I find this second way particularly astonishing — CaliforniaRNEY, CRA-ZIER, ONMEDS, SILENCERTX, OKAYSHOOT, MADKSO, TUEMOTS and GERBHE trace, state by state, the entire course of this theme. The gray boxes betray them, and I’m not sure I would have noticed their presence otherwise. It’s a fabulous touch.

My wife, Sandy, and I drove Route 66 from Chicago to Santa Monica in the early years, and it was one of the most memorable of our many road trips together. There are dozens of quirky, unexpected, beautiful, and just plain weird things to see along this route, and it’s a beautiful window into a particular American past that runs through it all. Highly recommended!

The theme started with the realization that ROUTE SIXTY SIX and THE MOTHER ROAD were the same length, then discovered that, surprisingly, neither had ever appeared in The Times puzzle. I like crossword puzzles where the layout of the grid makes sense, so eventually the idea of ​​using state abbreviations to “draw” the path of the road came to mind. It didn’t get too crowded, giving way to the symmetrical trio of natural, monumental, and quirky attractions as themed entries (CADILLAC RANCH was a personal favorite stop). I would have liked to include some classic Route 66 quirks, but on their own they’re mostly pretty obscure, and I was happy with this set of themes.

This is my first Sunday New York Times puzzle, so I’m especially excited to see it printed on glossy paper. I hope everyone enjoys this!

Stuck in the east?

Subscribers can view the answer key.

Trying to return to the puzzle page? Right here.

What did you think?