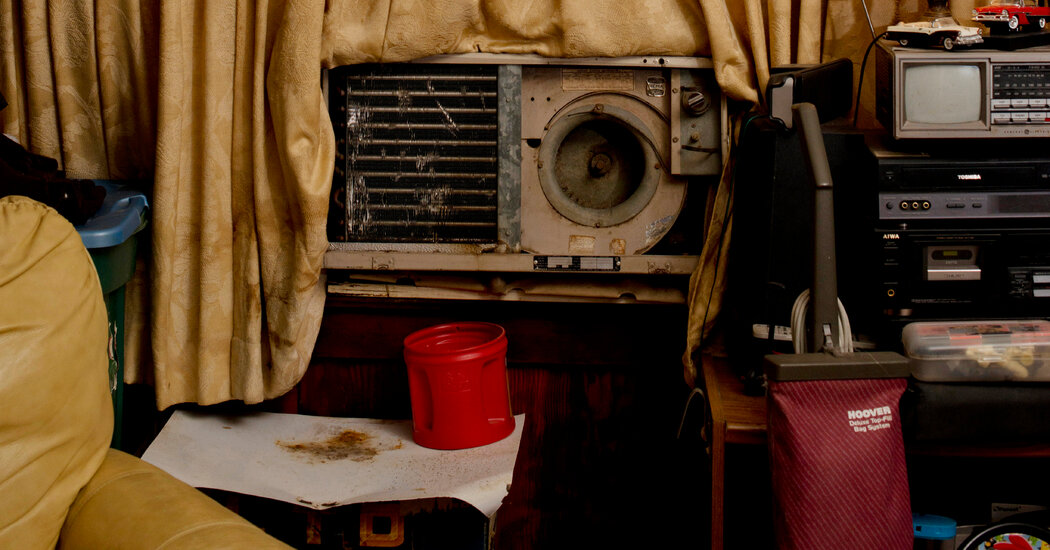 Reviews | Why i write

One of my favorite aunts was desperately poor, like many people I knew in the countryside of northern Louisiana. I don’t know how much money she had or was making. I only know the shadow of the need that followed her. She seemed, like many of my family, to a salary or a serious insolvency injury.

She had been part of my life since I was born. Sweet as a pie, as they say in the South. An overly kind woman whose generosity was taken advantage of by others – including her own family.

I visited him once when my children were young. His house was old and shaky, in need of a repaint, surrounded on three sides by an unmaintained garden of chest-height weeds.

Dogs that looked half starved roamed the yard freely.

It is difficult to describe this kind of poverty. The house was incredibly dark, with a wide central hallway that ran back and forth. In the half-light, I could tell that the walls were made of horizontal wooden planks. A few remnants of old wallpaper still clung to it in places, but I couldn’t tell if they had already been painted.

As my aunt ushered me in and the light dimmed, I moved from room to room I didn’t dare peek in, some giving off offensive smells. It took a while for my eyes to adjust to the darkness.

We have reached the back of the house, what I would call the den. My aunt, her family and I were sitting around an old wood stove in the center of the room, talking, laughing and telling stories. The heat from the oven struggled against the wind that came from all directions.

Some planks in the walls were missing or separated to such an extent that I could see the outside as completely and clearly as if I was looking out a window.

I sat there thinking about the great rift between us, how far removed I was now from this life, but also how very spiritually I was connected to it.

And I was in conflict. How much can I or should I help? I had long discussions with my mother about this. Other than a little money in greeting cards, there wasn’t much I could do for everyone I knew in need.

The problem was not a question of personal generosity, but rather of public policy and indifference. The best thing I could do was advocate for everyone.

When I visited my aunt, I was working at the New York Times. I had been poor, but I was no longer. And yet it was important to me then, and still important to me now, that I stay connected to this poverty, so that I can write about it from a genuine place.

My aunt died at the hands of payday lenders, having taken out loans to keep the men in her life out of trouble and keep them out, but all the while she was sinking deeper and deeper into debt and the despair. And the lenders have taken advantage of this pain.

Multiple systems have conspired against her – patriarchy, racism, mass incarceration, cowardly capitalism – and as a journalist I think it’s my job to make sure her story is seen and heard. I have to make sure that the stories of all those who struggle in this country are seen and heard.

There were two tips that I remember receiving when I became a columnist, although I don’t remember who they came from.

One was to write down what you know. Write about some of your most intimate experiences, the things you can’t stop thinking about no matter how hard you try.

The other was that the chroniclers should be like an orchestra, each playing a different instrument, but making music together.

I decided that in this orchestra I was going to play the banjo. I was not a big city writer. I was a country boy from a small town in the south. I had not grown up in wealth and privilege. I had struggled, and sometimes my family had barely scratched. I hadn’t gone to fancy prep schools or Ivy League colleges, but to a small high school that had welcomed black students since the late 1800s and a historically black college, Grambling State University, the closest university to my hometown.

What I also knew, or I learned, is that there was a value, as a writer, in having access to an instrument different from the others in this orchestra, this one born in the poor South. When I write I often think about how I would explain something to the elderly people I grew up with, all of them poor.

They were not very educated, but their use of metaphor was exquisite and their ability to reduce a complex idea into a compact sentence was unmatched.

Maya Angelou once said that whenever she embarked on a project, she brought with her anyone who had ever been kind to her, not physically, but spiritually. Likewise, every time I sit down to write, anyone who has ever struggled like me sits down with me.

PRO: Postal banking would help lift millions out of poverty and close the racial…