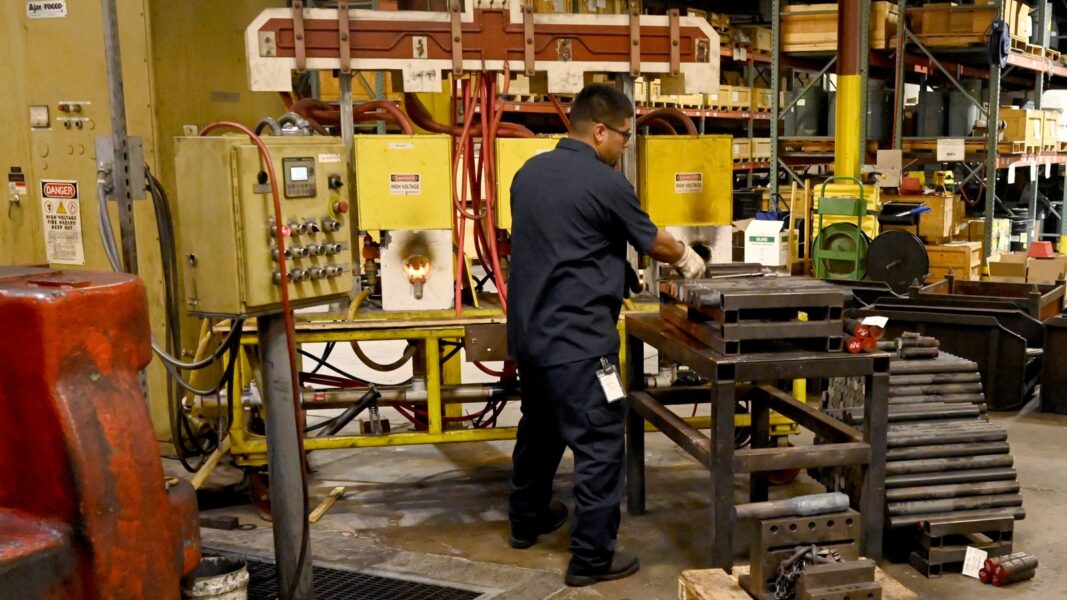 Phoenix Valley manufacturer Forge & Bolt’s oldest forging machine dates back to 1930. Many other forging equipment was purchased used and then refurbished to help the company reduce costs and maintain its generous benefits for the employees. In fact, this type of equipment is the most expensive capital expenditure for the company, according to CEO Michele Clarke.

Thanks to the tax reform act of 2017, Valley Forge was able to purchase new forging equipment for the very first time. It’s “a huge game-changer,” Clarke said, “when you can buy cutting-edge equipment.”

She told Senator Kyrsten Sinema during the Senator’s visit to the Valley Forge office earlier this month. With CFO Byron Harrod, Clarke recently spoke to us about the full range of tax reform benefits for their business and why policymakers shouldn’t threaten the gains that they and other tax makers have. Arizona have made.

A growing small manufacturer: Valley Forge is on course for its best year of sales in its nearly 50-year history, largely due to new equipment. Although the pandemic temporarily slowed its progress, it has seen a marked increase in sales since 2017.

Insured benefits: The company makes a point of providing extensive healthcare coverage, with only nominal costs for employees. Savings from tax reform have helped it maintain that commitment to employee health, as well as its 401(k) matching program.

A better workplace: The new equipment has made Valley Forge not only more productive and profitable, but also a more comfortable working environment.

How tax reform has helped: In addition to the reduced corporate tax rate, certain other provisions of the law were crucial for the company’s equipment purchases.

And after? The company needs to keep adding new capacity, Clarke said, so it doesn’t join the four or five bolting companies that go bankrupt each year in the United States. “We’re staying alive with the technology we’ve developed and we’re continuing to make it more advanced.”

That is why even the threat of higher taxes is so damaging to manufacturers, according to Clarke and Harrod. They must be certain that their tax burden will not increase in order to plan for the future with confidence.

NAM says:Valley Forge is just one more example of how the Tax Reform Act of 2017 has helped spur growth for manufacturers,” said NAM Senior Director of Tax Policy David Eiselsberg. “Unfortunately, Congress is considering a major tax on the manufacturing sector that, if implemented, would reverse the gains of tax reform and hurt the sector’s future competitiveness. As it has for much of the year, NAM will continue to fight tax increases targeting manufacturers.

The bottom line: When policymakers start talking about tax increases, “you start cutting back, you think about not replacing the engineers who are leaving,” Clarke said. “You think the government is not on our side; let’s just reduce and go with it.