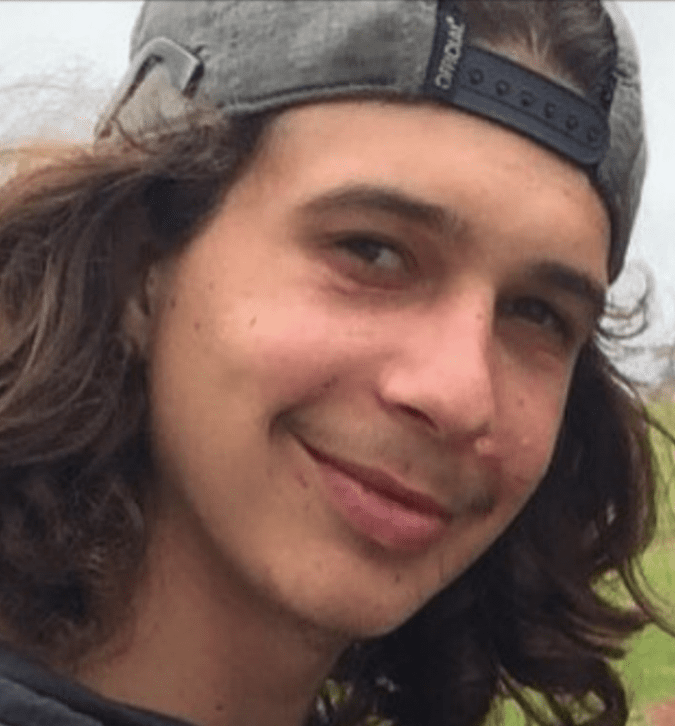 The bad blood between the crime boss and his son’s friend started over a stolen watch, according to Plea

In November 2014, Honolulu business owner and accused criminal gang leader Michael Miske Jr. accused Jonathan Fraser, then 19, of stealing his gold Rolex watch. Fraser was best friends with Miske’s only child, Caleb Miske, and the two young men and their girlfriends shared a Waipahu apartment for most of the year.

It’s the first indication of bad blood between Miske and Fraser a year before the critical car crash that led to Caleb’s death, and 20 months before Fraser’s sudden disappearance in July 2016. Prosecutors allege Miske has led a murder-for-hire plot that led to Fraser’s kidnapping and death are motivated by his mistaken belief that Fraser was driving the car in the fatal crash.

Miske and 10 co-defendants, including Kaulana Freitas, 33, were named in a 22-count indictment in July 2020, alleging they were part of a group that conspired to engage in what prosecutors allege is a pattern of racketeering, including murder, kidnapping, assault, armed robbery, extortion, drug trafficking and bank fraud.

The incident involving the stolen Rolex was publicly revealed during a federal court hearing on Wednesday as Freitas appeared before U.S. District Court Judge Derrick Watson and pleaded guilty as part of a settlement with prosecutors.

In a nearly empty courtroom that only recently reopened for some in-person hearings, Freitas admitted he conspired with Miske and others to commit a series of crimes between 2014 and their arrests in July 2020.

Under the terms of his plea deal, Freitas pleaded guilty to being part of the Miske-controlled racketeering organization and attacking a Honolulu nightclub with chloropicrin, a toxic chemical used in treatments for termites. As part of the deal, he also agreed to testify against Miske and the remaining co-defendants. Freitas was represented by attorney Marc Victor, who handles criminal cases in Hawaii and Arizona.

Another co-defendant, Michael Buntenbah, is expected to plead guilty next week under a similar plea deal.

Freitas and Buntenbah are the fourth and fifth of Miske’s co-defendants to turn around and agree to serve as prosecution witnesses. Along with those who previously pleaded guilty, half of Miske’s 10 co-defendants are now cooperating with prosecutors.

Additionally, six other separately accused persons have also pleaded guilty to related charges and are cooperating.

Miske and the remaining co-defendants are currently due for trial in September, but it seems almost certain that it will be delayed again due to the very large amount of evidence that is still being released by the government, as well as legal disputes. on omissions in what has been published to date.

On the morning of November 13, 2014, Fraser was beaten by several men, who allegedly acted on Miske’s orders, in retaliation for the theft of his gold Rolex watch, according to Freitas’ plea agreement.

Fraser later described the incident to his mother, Shelly Miguel.

“They harassed my son,” she said in a September 2020 phone interview. “I was told he (Miske) was in the car watching.

“He lost his first front tooth in that beating.”

Fraser told another family member that he and Caleb were both involved in stealing the watch from Mike Miske’s office and then attempting to pawn it. When they were caught, Fraser took the blame and was beaten accordingly.

Later that same day, Mike Miske’s younger brother, John Stancil, along with Freitas, then apparently working for Miske’s Kamaaina Termite and Pest Control, were dispatched by Miske to retrieve the watch, according to the plea agreement. of Freitas.

The two met Fraser at Kaneohe District Park, where Freitas, “using the threat of force”, demanded the watch.

Fraser was able to get back into his car and drive off, turning onto the Kahekili Highway with Stancil in pursuit.

“Fraser was eventually able to escape and meet with Honolulu police officers to whom he reported the incident,” the plea agreement reads.

It says nothing about what, if anything, happened to that police report, or whether Fraser also met at that time with federal investigators, who were already actively investigating Miske’s cases.

At the time the watch was stolen, Caleb Miske and Jonathan Fraser, along with their girlfriends, shared a unit in the Oasis Waipahu apartments. But the four youngsters had fallen behind on their rent and had recently been sued by the property management company demanding several thousand dollars in back rent, as well as judicial authorization to evict them.

Almost exactly one year later, on November 17, 2015, Caleb Miske and Jonathan Fraser were seriously injured in a high-speed accident on Kaneohe Bay Drive next to the Windward City Mall. Their car was later estimated to be traveling over 90mph when it crashed into a van at an intersection behind the mall. Fraser eventually recovered, but Caleb died in early March 2016 while still hospitalized.

In the aftermath of Caleb’s death, the elder Miske blamed Fraser for the crash, falsely accusing him of being behind the wheel at the time of the accident.

On July 30, 2016, Fraser disappeared and is presumed dead. The indictment alleges that Miske conspired with others to carry out the kidnapping and murder of Fraser, including purchasing a 37 1/2-foot Boston Whaler Model 370 Outrage named “Painkiller,” worth of $450,000, which prosecutors said was to be used to dispose of Fraser’s body. at sea.

Caleb’s girlfriend during the time they lived with Fraser in the Waipahu apartment, Delia-Anne Fabro, was later added as a defendant in the July 2021 replacement indictment. She is charged with participating in Miske’s racketeering conspiracy and committing bank fraud, along with Mike Miske, by participating in the preparation of “materially false” documents in connection with loan applications from Bank of Hawaii.

As part of his plea deal, Freitas also admitted to walking into The District, a popular Kapiolani-area nightclub, in the early morning hours of Saturday, March 4, 2017, and pouring a toxic chemical used in the treatment termites in a wastebasket, sending club patrons running for the exits “with burning eyes and difficulty breathing”.

According to the plea agreement, Freitas carried out the attack on Miske’s orders. He said he was driven to the nightclub by Jacob “Jake” Smith, who was charged separately for being part of what prosecutors dubbed the Miske business. Smith was arrested on drug trafficking charges in mid-2018 and pleaded guilty in November 2020 to racketeering conspiracy and conspiracy to distribute methamphetamine.

Freitas said Smith picked up the chemical from John Stancil, Miske’s brother, at Stancil’s home in Waimanalo. During his court appearance on Wednesday afternoon, Freitas said the chemical originally came from Kamaaina Termite and Pest Control, also owned by Miske.

Smith admitted to being the driver the following night when a similar chemical attack targeted Honolulu’s Ginza nightclub, located in the same neighborhood as The District.

In response to questions from the judge, Freitas said The District was targeted because it competed with a nearby nightclub owned by Miske.

Miske’s M nightclub was closed in late 2016 after a series of high-profile assaults on patrons resulted in criminal charges, multiple lawsuits and a crackdown by the Honolulu Liquor Commission. The club soon reopened at the same location as Encore, which at the time would have new management but which prosecutors said continued to be controlled by Miske.

Flight near the bay

Freitas says he and other members of the Miske company participated in several flights between 2015 and 2018.

On May 14, 2016, Freitas, Stancil and several others allegedly organized the robbery of a local drug dealer whom they suspected of holding a large stash of cash.

After luring him to the Hawaii Kai boat launch in Maunalua Bay, the men began kicking him and a gun whipped him in the head, demanding his car keys. According to Freitas’ plea agreement, the men then removed the victim’s pants, “which contained the keys along with approximately $7,000 in cash,” and then drove off the scene in the victim’s car.

“Although Miske did not direct the assault and robbery and, in fact, later reprimanded the assailants for committing the assault at the Hawaii Kai boat launch in Maunalua Bay, an area whom Miske associated with his deceased son, Freitas and others involved in the assault were emboldened by their association with Miske and the Miske business and relied on the protection they could count on as members of company,” according to the plea agreement.

During Wednesday’s hearing, Watson asked if Freitas thought this victim was unlikely to retaliate because of his association with the Miske business.

However, federal sentencing guidelines likely call for sentences well below the maximum in Freitas’ case.

Freitas has been free on bail since Jan. 5, confined to his father’s home in Kailua except for work or a limited number of other activities. The judge said reports indicated that Freitas had no problem complying with the conditions and that he had allowed Freitas to remain free until sentencing under the same conditions and restrictions.

Sign up for our FREE morning newsletter and face more informed every day.