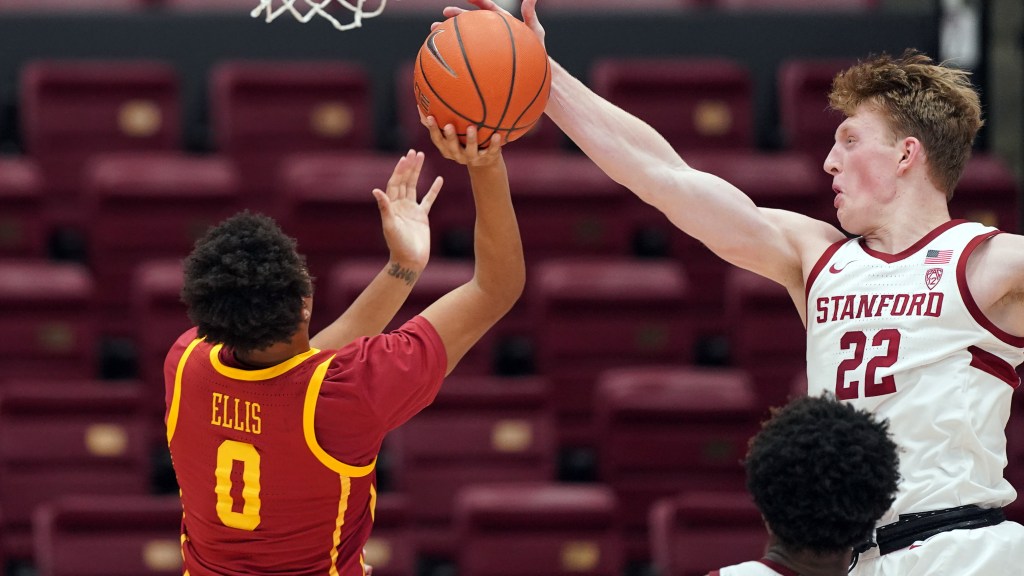 USC takes court Thursday night against Stanford knowing it fell short of its standards against the Cardinal on Jan. 11 in the Bay Area. USC had to operate two separate flights to the Bay Area due to the COVID-19 postponement. USC was still rusty after coming off its COVID hiatus, during which it couldn’t train much.

Just as UCLA’s loss to Oregon seemed like a product of the Bruins’ post-COVID rust as much as anything else, USC’s loss to Stanford felt the same way.

However, Trojans have to prove they are better. They have to prove that January 11 was an aberration. They need to beat Stanford on Thursday to send that message and restore order. If Stanford sweeps them away, the Trojans can’t make that argument. This is an important game in the Pac-12 standings, with Arizona dropping back into the pack in a loss to UCLA. That said, it’s more about USC making sure Stanford doesn’t keep the upper hand. No program should scan for Trojans. It’s time to plant their feet and make a statement.

Let’s look at the five keys to this game:

Harrison Ingram burned USC for 21 points in the first meeting. The Trojans must make life difficult for him. These two teams meet just two and a half weeks after their previous match. The broader point of emphasis for USC is simply to reverse the poor results and trends that emerged Jan. 11 at the Maples Pavilion.

Jones, like Ingram, scored 21 points against USC just over two weeks ago. Make someone else beat you. Don’t let Jones or Ingram get comfortable. The Trojans played a bad defensive game against Stanford. USC continued to falter in defense against Oregon State and Oregon before righting the ship against Colorado, Utah and Arizona State. USC simply needs to return to its normal defensive standards. That should be enough to win.

USC entered the Stanford game with opponents less than 28 percent on 3-point shooting. Stanford then hit 10 of 24 3-pointers, just over 40%. The Trojans returned to that sub-30% norm against Arizona State, holding the Sun Devils to an 8-of-30 shooting clip from long range. This is another essential part of a winning night for USC.

Chevez Goodwin has been a rock of reliability this season for USC, but one of his few bad games has been against Stanford. He had foul trouble and was hesitant in defense in the second half. He only played 21 minutes. Nor did he punish the cardinal on the boards. He has since regrouped and he collected 18 rebounds in the victory at Colorado. Andy Enfield needs Goodwin on the floor for 30 minutes in this game, maybe 32. Goodwin needs to help USC get way more than the four offensive rebounds managed on Jan. 11 in Palo Alto. USC needs to get at least 10 offensive rebounds if the Trojans don’t shoot well or reach the foul line.

Good teams enter cycles where a player who has a bad game one night – but is picked up by his teammates – then becomes the star of the next game.

We saw it when Chevez Goodwin struggled at Stanford but then carried USC two days later against Oregon State. We saw it when Goodwin played Colorado on Jan. 20 but then struggled against Utah on Jan. 22, only for Drew Peterson to step in with a huge game.

Now it’s Boogie Ellis’ turn to deliver. Ellis was carried by his teammates on Monday. Isaiah Mobley, Reese Dixon-Waters and Peterson all made big contributions to the win over Arizona State, while Ellis shot just one of 9 and scored just two points. Against Stanford, Ellis needs to shine. He was just 4 of 11 against the Trees in Game 1. It must be his game to dominate and set the tone for Trojans.

INVESTOR ALERT: Kirby McInerney LLP reminds investors that a class action lawsuit has been filed on behalf of FirstCash Holdings, Inc. (FCFS) investors and encourages investors to contact the company by March 15, 2022